No Frills, very nice cabins and a very bad tempered captain on the last ‘Blue Funnel’ voyage I had. He was heard at one time to say,“what are passengers? Cargo that eat!"

In 1939, Winifred migrated to Australia with her parents on the Blue Funnel line ship T.S.S. ‘Ascanius’   The family settled in Hobart, Tasmania . Winifred later recalled the family's first impressions of Hobart.

Tin roofs, according to my father. Absolutely horrified. 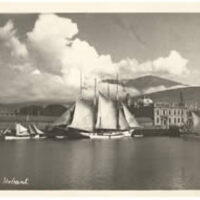 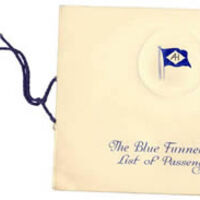 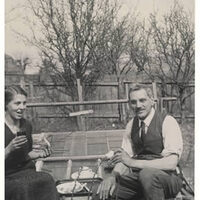