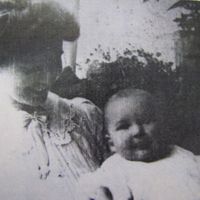 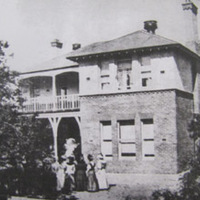 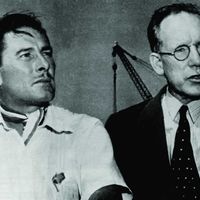 Professor Flynn's  wife Lily (she later changed her first name to Marelle) was pregnant when they arrived in Tasmania. Their son Errol was born on the 20 June 1909 at Queen Alexandra Hospital, Battery Point.

Errol attended several schools in Hobart and reportedly trapped bettongs for his father's research into the reproductive biology of marsupials.

When school finished, I raced home to be at his side, to hurry out into the backyard, where we had cages of specimens of rare animals.  He bought all the kangaroo rats [bettongs] he could get hold of for Hobart University. I learned to set box traps in the hills of near-by Mount Wellington. He paid a shilling a head.’

Errol and Professor Flynn lived at Pressland (boarding) House for a time in the 1920s, which was situated in Melville Street, Hobart whilst his mother and sister lived abroad. 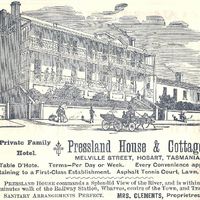 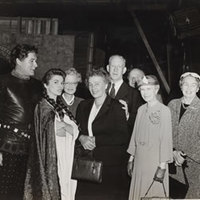 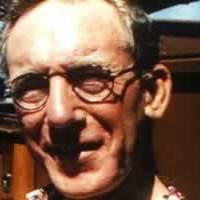 On Errol's yacht, 'The Zacca'

Bisdet  recounted his memory of Professor Flynn to Professor E R Guiler in a 1990 letter.

Professor Flynn was a fine, well groomed man, always wore a black bowler hat. His wife, who he never mentioned, was admired by the
ladies of Hobart. His son Erroll, was often a great worry to him.

After various enterprises Errol landed a role as Fletcher Christian in the 1933 film In the Wake of the Bounty. The following year he signed a contract with Warner Brothers.  Errol starred in fifty-five films from 1932 to 1942.