Theo Flynn was tall, slim, broad shouldered and blue-eyed; softly spoken, charming and witty.  He was very industrious but also gregarious and friendly, enjoying dancing and tennis, as well as his academic interests.

Born in 1883, Theodore Thomson Flynn received a Bachelor of Science at the University of Sydney before teaching high school science, then chemistry and physics at Newcastle and Maitland Technical Colleges.  In 1909 he moved to Hobart with his wife Lily (later named Marelle) to begin a lectureship at the University of Tasmania. 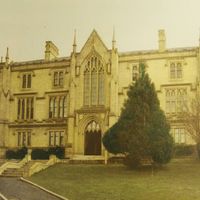 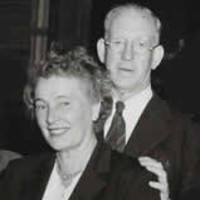 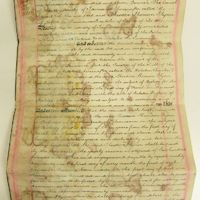 Appointment as Professor of Biology

It was clear that, unless they acted at once, they would lose a most exceptional man.

In 1910,  John Ralston, a wealthy pastoralist from St Leonards died and bequeathed  £8,000 to  the University of Tasmania to further scientific research. This was the first major bequest to the University, and funds were used to support the new discipline of biology in Hobart, including the Professor Chair,  biology laboratory at the Domain campus and the purchase of equipment.

Flynn became the Ralston Professor of Biology and inaugural chair of the fledgling department in 1911.  The article, University Chair of BIology was published in the Hobart newspaper,  The Mercury on 24 February 1911 and recounts discussions surrounding the appointment.

In 1931, the Ralston Trust decided to support only a lectureship.   After a distinguished career at the University of Tasmania, Flynn left to take up a chair at the Queen’s University, Belfast. He continued scientific research for anther ten years before retiring in 1948.  Flynn's retirement was recognised in the publication Nature.

Adapted from the original website Flynn and Flynn curated by the University of Tasmania Library.  The website complemented the 2009 exhibition,  Flynn and Flynn, the Professor  & the 'Tasmanian Devil' which celebrated the work of Theodore Thomson Flynn and commemorated the Centenary of Biology at the University and the birth of his son, Errol Flynn.