Despite his reputation as an ‘extreme ultra-republican’, Clark was elected to the Tasmanian House of Assembly in 1878, largely through the influence of the midlands landowner Thomas Reiby.

Clark was an active politician and campaigner for liberal causes.  He was a leading light of the Southern Tasmanian Political Reform Association (1885) which lobbied for manhood suffrage, fixed term parliaments and electoral reform. His political career culminated as Attorney-General in the P.O. Fysh and E. N. Braddon ministries, 1887-92 and 1894-7. While Attorney-General in the Fysh and Braddon Governments, Clark became the most productive and progressive Tasmanian Attorney-General of the nineteenth century. He introduced 228 Bills into the House of Assembly and, displaying superlative drafting skills, modernised and consolidated the law on a wide range of subjects.   He championed  natural rights.  Though he failed to secure manhood suffrage and womanhood suffrage, he did secure the passage of social and industrial laws, such as amending the licensing acts, protecting children from neglect and abuse, legalising trade unions, preventing cruelty to animals, and updating the marriage, defamation, trustee and companies laws.   Clark also designed the Hare-Clark system of proportional representation.

Clark resigned as Attorney-General after his Cabinet colleagues did not seek his advice over the legality of leasing Crown land to a private company.  You can read correspondence to Clark at this time from a cross-section of the Tasmanian community, the original letters are part of the Andrew Inglis Clark Collection. 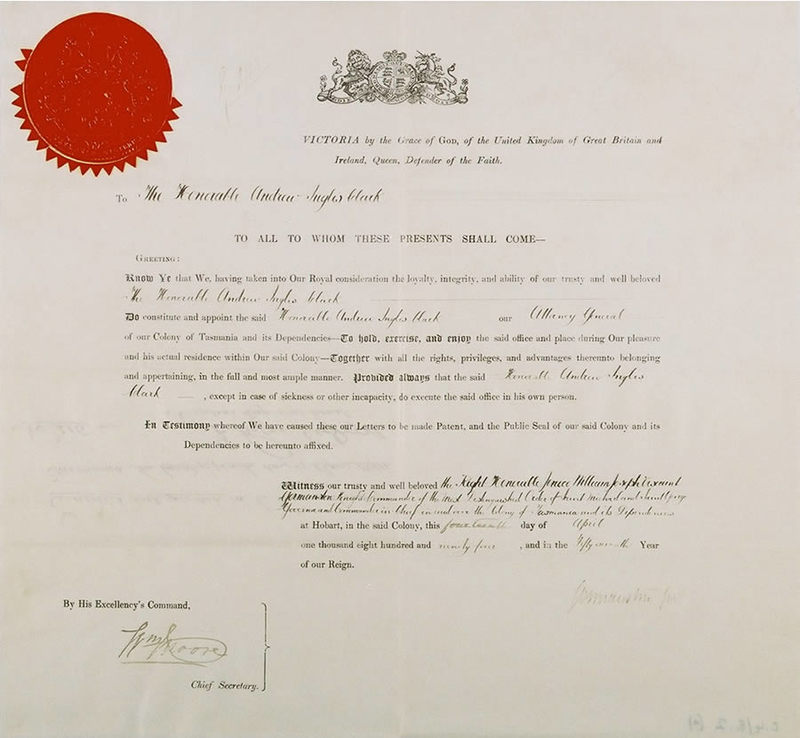