Why I am a democrat essay 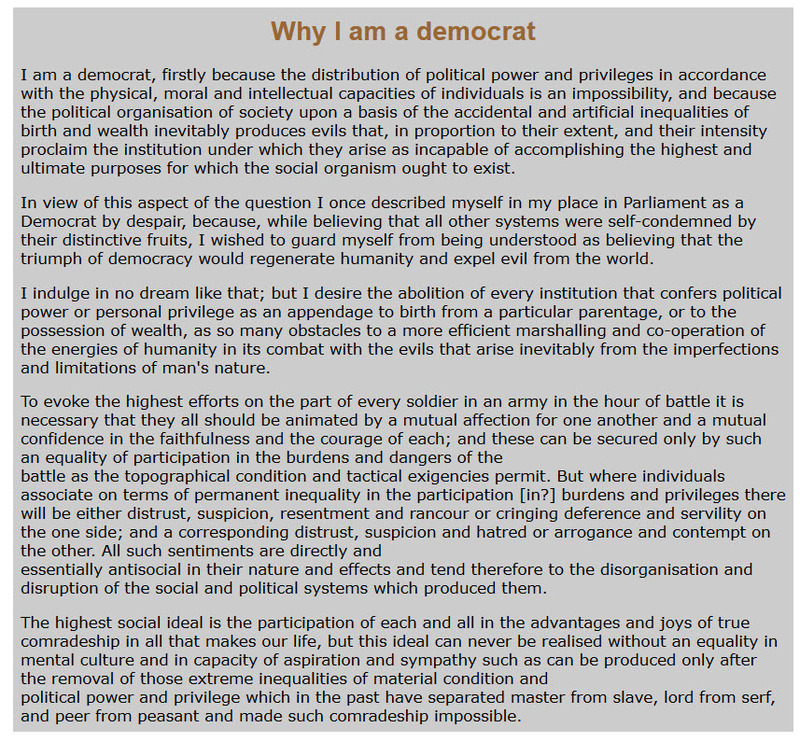 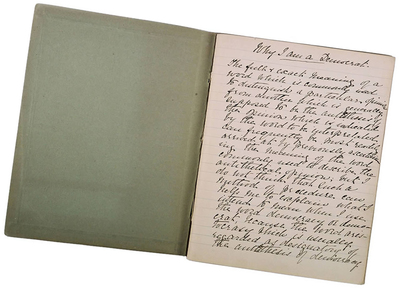 Clark's exercise book containing his essay 'Why I am a democrat'.

The essay from which this comes is 'Why I am a Democrat' Clark papers, C4/D38. University of Tasmania  Special & Rare Collections. It is not certain when it was written, but some scholars suggest around the mid-1890s. It is in the style of a political activist, so is likely to pre-date Clark's move to the Supreme Court bench in 1898.

Clark states an ideal in this essay, and does so passionately; yet there are hints confirmed in other writings by Clark that he saw elements in human nature as seriously impeding realization of the democratic ideal. It had to be fought for, in the face of 'the evils that arise inevitably from the  imperfections and limitations of man's nature', and success was not assured.

Clark came from a strict Calvinistic Baptist background. He was baptised as an adult when he was twenty-two years of age. Shortly after that, Clark became a Unitarian, ardent for human progress; but one can wonder if he retained, nevertheless, elements of Calvinist pessimism about human nature. (from commentary by Richard Ely)