The Olive Pink Botanic Garden adjoins the Todd River, close to the center of Alice Springs, in the Northern Territory. The garden was founded in 1956 by Olive Pink, honorary curator, and opened to the public in 1985. Initial developments as a botanic garden were made by Miss Pink and her gardener, Johnny Jampijinpa Yannarilyi. Miss Pink lived within the garden until her death in 1975. The early 1980s saw increased development with the establishment of irrigation and the construction of a visitor center completed in 1985. Over 300 of Central Australia’s plant species can be seen within the 16 hectares.

Campaigning for the land

An excerpt from Olive Pink’s letter to Dr William Crowther below, describes the successful campaign she fought to turn the land, which she rented and camped on for two years until her hut was re-erected there, into an arid flora reserve.

'And I had to live somewhere! – when evicted from the ex-Army Provost Guards sleeping Hut in Gregory Terrace – where I had lived since 1946 when I had come in from my Thompson’s Rockhole Camp (1942-1946).
Huts are not now allowed to be erected in certain parts of Alice Springs (residential areas) o a place had to be found where this could be re-erected. I was, after a fight - allowed to buy the one I had lived in for nine years.
So it was decided (by my good friend) the Director of Lands and Surveys of N.T. that I could rent yearly ½ an acre here. (But for 2½ years I lived in a tent! While its re-erecting was being sabotaged by my enemies! (In bureaucratic circles in top grades!)

But it was worth fighting for- to live at this site. One looks at Mt Gillen – and the Todd ‘River’ Gums – with hardly any building visible (in that direction) even now. There were none in 1956. I thought it so “heavenly” a view (especially at sunrise, sunset and in rain,) that I wrote to the Acting Admin to ask “Could it not be preserved as a Flora Reserve – for posterity? (As a place of peace and beauty: to preserve the flora already growing there, and to plant the flat area – with Arid region (ONLY) flora viz. 12” rainfall. Or what is called “the Mulga belt” area. The Acting Admin wired to me to know “If Administration gazetted it as a Flora Reserve would you ( I ) be willing to be Hon Curator of it?”

I wired back “Honoured and delighted to accept - provided that I can still continue what I am trying to do for the N.T. full-bloods and attend court cases.”

So here I am!!! Curator with No Knowledge of Botany whatever!!. (And don’t want to have it! It seems chiefly arguments about classification of plants!!!)

But I “worship” trees and flowers. And especially the “gallant” ones of the arid regions of Australia So I encourage and plant as many as I can get (and at 75 have strength for!). I also have some “garden” flowers and bulbs near the Hut and “my” creek.

It is a most interesting (though unpaid!) job.' 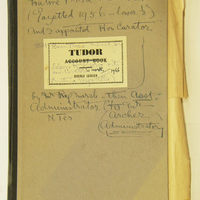 Sir Paul Hasluck, former Governor-General of Australia and a former Minister for Territories, had many dealings with Miss Pink. He provided the Northern Territory Newsletter with the following story:

'At the Arid Zone reserve Miss Pink planted trees and, with the aid of her Aboriginal helper, watered them and tended them. Each tree bore the name of some prominent citizen and if that citizen fell out of favour with her she ceased to water it. So that if the leaves of ‘Mr Archer’ were drooping and the leaves of "Mr Marsh" were bright and green or "Mr Barclay" was growing vigorously one knew at once what had happened in the handling of her latest request. I visited her on several occasions and could never restrain a curious glance at my tree and felt suitably gratified if I saw that "Mr Hasluck" was being watered regularly.'
Source: ‘Miss Pinks love story’, Northern Territory Newsletter, July 1975, pp4-9