Olive Pink was born in Hobart on 17 March, 1884.  Olive first studied art at school - at Miss Ayton’s School in Brisbane Street, Hobart and then at the new Girls' High School run by Miss Sarah Thompson Walker, a Quaker, and Miss Poppy Clarke.

Olive enjoyed her time at school and kept in touch with her headmistresses after leaving. She was influenced by the Quaker philosophy she had encountered through Sarah Walker for the rest of her life. She learnt painting from Sarah Walker’s sister, Mary who had studied at the Slade School in London. 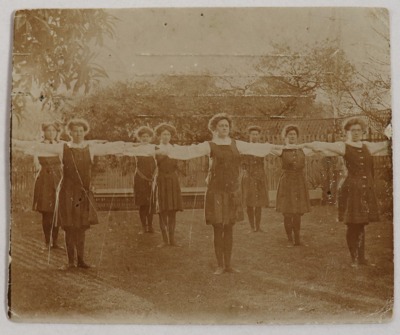 'She always claimed that hers was the artistic temperament - intuitive, passionate, imaginative and unconstrained by convention - and her interest in painting showed itself early and was encouraged’ 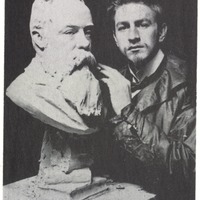 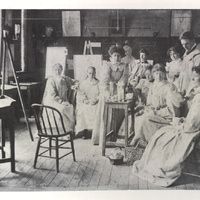 Olive studied art at Hobart Technical School with sculptor Benjamin Sheppard who taught there from 1899. She studied with Mildred Lovett, Florence Rodway and Harold Southern, (nephew of Benjamin Sheppard), her childhood friend, believed to be her sweetheart, who died at Gallipoli.

In 1907 she exhibited four pictures in the annual exhibition of the Tasmanian Art Society - they were entitled ‘Carnations’, ‘Nasturtiums’, ‘Sun Flowers’ and ‘In Grandmother’s Garden’ and one of her flower studies won a prize. Her friend Harold Southern exhibited pen and ink book illustrations in the same exhibition. 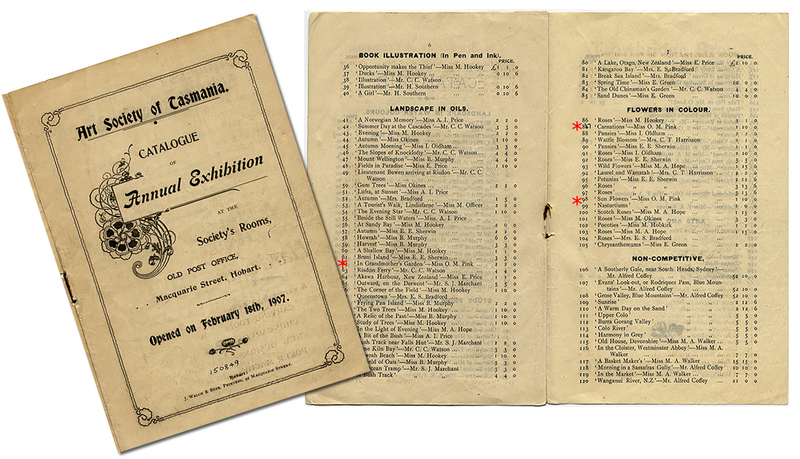 Art teaching and moving to Sydney

Her father died during 1907 and left the family with ‘modest funds’. Teaching art required no formal qualifications so she started giving private art lessons. In 1909 she joined the Hobart Technical school as an art teacher until moving to Perth in 1911 with her mother and brother where she had a studio and again started giving private art lessons and taught art in a girls’ school.

in 1914 Olive and her mother sailed to Sydney where they spent the war years. She worked for the Red Cross and taught art until completing a Town Planning Diploma. In 1915 she was employed as a tracer by NSW Government Railways and Tramways until being retrenched during the depression. During this period, she attended classes at Julian Ashton Art School. 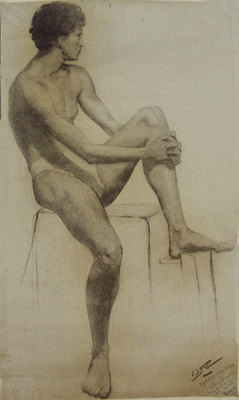 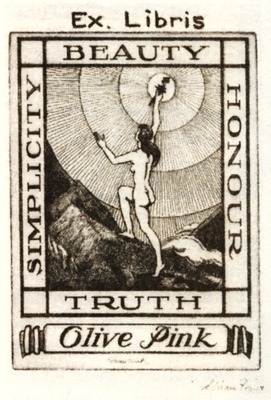 Bookplate designed for Olive Pink by her friend Adrian Feint 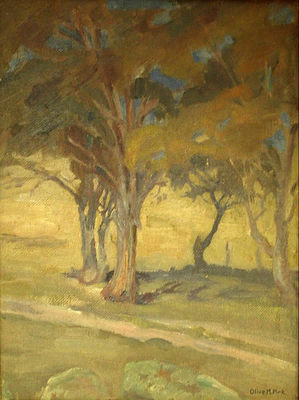