In 1928 the Southern Tasmanian Photographic Society held a lecture, Tom Midwood and his caricatures by Mr Nate Oldham. The lecture was published  in The Mercury (Hobart) on Thursday,  3 May 1928.

The history of Hobart during the period of the eighties and nineties would not be complete without some reference to the name of Tom Midwood, for in those days he was one of the best-known and best liked men about the city.

Midwood only sketched a few women, one being Miss Sarah Bignall.  We have created the jigsaw of her caricature as part of the Jigsaw treasures from the Special & Rare Collections.

Remarkable faculty for catching a likeness

He had a remarkable faculty for catching a likeness, and in that respect many of his drawings were neither caricatures nor cartoons, but faithful representations of the people he depicted just as they appeared in every-day life, and as other people saw them. He had a merry wit, and saw the humour of things at once, but he was seldom harsh or caustic. He could, however, if occasion required it, produce the most ridiculous and fantastic of caricatures. 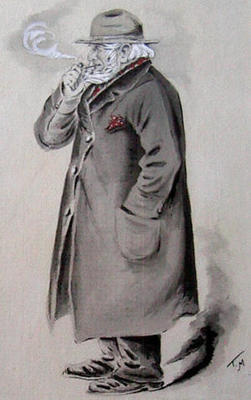 Captain Harold was a retired Indian Army Officer and eccentric who lived in Bellerive.  He had a mania for water tanks and ended his life by drowning himself in one. 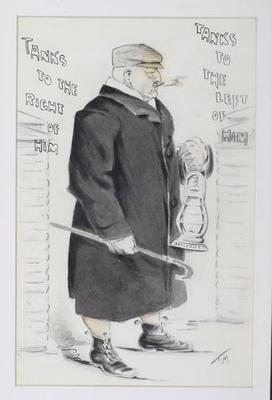