The Classics Museum houses a significant and valuable collection of ancient artefacts from Egypt, Greece and Rome. The museum was started as a teaching collection in 1954 by Classics Professor John Elliott to show the development of ancient Greek artistic styles through the medium of pottery decoration. The collection has expanded over the following years to include artefacts and coins from Egypt, Mesopotamia, Greece, Etruria and Rome, with objects ranging in date from the 4th millennium BC to the 6th century AD. It now contains over 300 artefacts and 500 ancient coins.
Items of special significance include a pair of white-ground lekythoi (funerary pots) decorated with rare dynamic military scenes, along with the ‘name vases’ of two ancient artists, named respectively for their location in Hobart and to honour the museum’s founder: the Hobart Painter and the Elliott Painter. 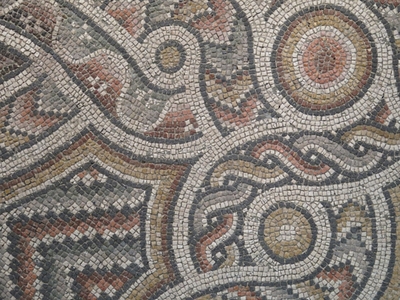 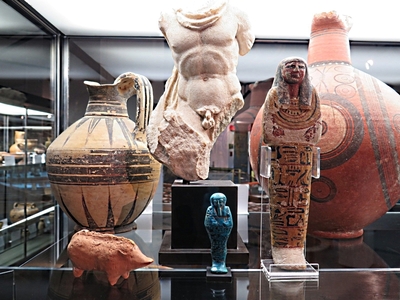 The museum is open to the public four days a week, is used as a teaching and research resource by the University, and offers activity sessions for school and community groups.

The John Elliott Classics Museum and The Great War

Classics Changes - University of Tasmania Classics Department and the Museum

We are open Monday to Thursday from 9am to 12pm and 1pm to 4pm  (closed 12pm to 1pm).  The museum is closed during the summer break.