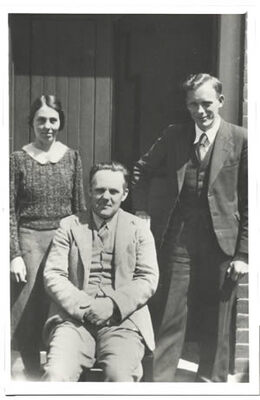 Winifred has conducted her research without fanfare but with humility and a dedication to precision: in her view, her considerable achievements are simply a job that needed to be done and a foundation for others to build upon.

Soon after moving to Hobart Winifred gained part-time employment at the University as a Demonstrator and Research Scholar in the Biology Department. She was the second woman ever to be appointed to the University academic staff and the only one at that time.

In 1942, Winifred was offered and accepted a full-time appointment as Assistant Lecturer in Biology at the University of Tasmania. Later in 1945, when the disciplines of Botany and Zoology were separated, she was appointed Lecturer in Botany. 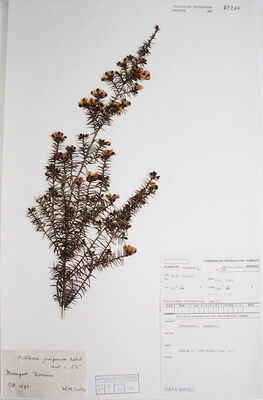 Her botanical research in Tasmania began with the study of chromosome numbers in Dianella and certain shrubby legumes.

She published the first record of polyploidy in an Australian native plant in the paper: Curtis, Winifred M 1943 , 'Variation in Pultenaea juniperina Labill.' , Papers and Proceedings of the Royal Society of Tasmania , pp. 197-198.

I promptly wrote to London to know if I could do PhD work here and they wrote and said yes, they finally approved the University of Tasmania as a fitting place for me to work but it would be necessary for me to attend in London for an oral examination. My interests here were on polyploids

In 1950 on completion of her PhD thesis Winifred travelled to London to have an oral examination at the University of London.

In 1951 Winifred became Senior Lecturer in Botany and in 1956 Reader in Botany, the most senior position held by a woman at the University of Tasmania. Winifred also acted as Head of the Department on several occasions.