Winifred Mary Curtis was born on 15th June 1905 in London, England, the only child of Herbert John Curtis and Elizabeth Winifred Curtis (nee Baker). When Winifred was about 4 years old the family moved from the city to Shooters Hill outside London. 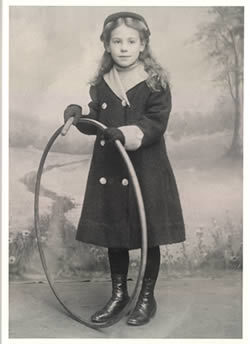 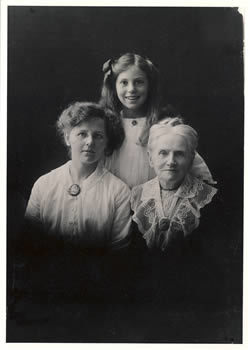 Winifred, her mother & grandmother in 1913

Through his employment responsibilities relating to army equipment made from wood, her father was very knowledgeable about timbers and keenly interested in living trees.

When asked in 1988 when her interest in botany began she said:

I was always fascinated. As a small child I’d always been out with my father and he would show me how the branch came out. When the wood …came out you’d get a knot there. We’d always look at trees and the way they grew…When I was very small I used to say I’d be a lady gardener…Also, of course, my father was a gardener…we always grew our fruit and veggies, and I had a patch of garden… 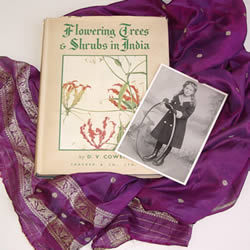 Her father was stationed in India during WW1 and after the war in 1920, aged 14, Winifred spent two happy years in India at a girls boarding school at Naini Tal in the foothills of the Himalayas.

At eleven o’clock you had breakfast which was sometimes rather Indian, I remember dahl, rice and monkey’s meat. Monkey’s meat was a rather dry mince and you could have a very spicy one or a less well-spiced one…