Marie Tharp was an American geologist and oceanographic cartographer who, in partnership with Bruce Heezen, created the first scientific map of the entire ocean floor. Tharp's work revealed the presence of the Mid-Atlantic Ridge, causing a paradigm shift in earth science that led to acceptance of the theories of plate tectonics and continental drift. In 2009, Ocean in Google Earth included the Marie Tharp Historical Map layer, to allow people to view. For the first 18 years of their collaboration, Heezen collected data aboard the Observatory's ship, the Vema, and Tharp drew maps from that data, since women at that time still were excluded from working aboard ship. Restricted from conducting research at sea early in her career due to her gender, she later was able to join a 1965 data-collection expedition. Tharp independently used data collected from the Woods Hole Oceanographic Institution's research ship Atlantis, and seismographic data from undersea earthquakes. Her work with Heezen represented the first systematic attempt to map the entire ocean floor. 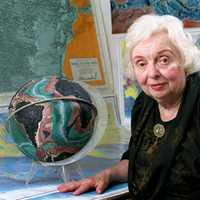 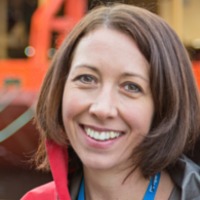