Winifred was a pioneer researcher in plant embryology and cytology, but her chief contributions were to plant taxonomy. 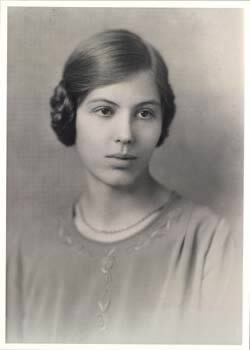 Winifred spent her childhood in England and India.  In 1924, Winifred was accepted to University College, London to study botany, chemistry, mathematics and physics.

At the end of the first year, I won a University of London Scholarship that I am still quite proud of because there was only one scholarship in botany and it was an open, competitive exam, and it gave me 80 pounds so it almost paid my fees for the second year…

Winifred graduated in 1927 with a Bachelor of Science and won a gold medal, scholarships and prizes.  She then enrolled for an honours degree in Botany which she completed in 1928 and stayed on as an Honorary Demonstrator which gave valuable teaching experience. Winfred spent the 1930s travelling Europe and teaching in England before moving to Tasmania with her family in 1939.

You didn’t get paid but you had the honour of demonstrating. Quite fun, good experience.

I entered a …competitive examination for a job at the British Museum and I topped the list and I didn’t get the job. The man who got the job failed in his essays paper but he was a man. 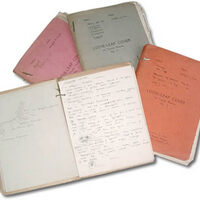 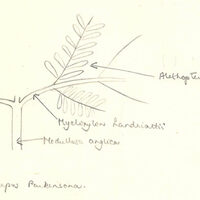 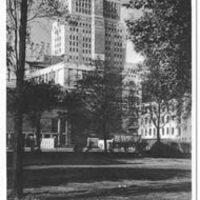 In 1939 Winifred gained her Master of Science degree for research on dandelions and Spartina townsendii. The Spartina x townsendii sterile hybrid created the fertile Spartina anglica (cord grass/ rice grass)  which was introduced to Tasmania and other Australian states.